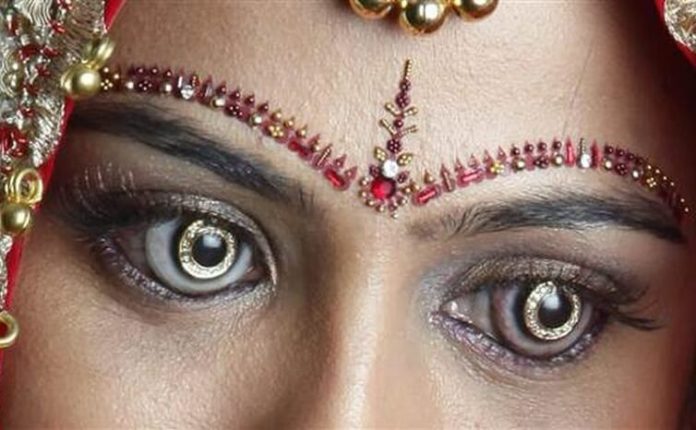 Imagine a situation in which we won a lottery and become a millionaire. Then what would you do with all that money? The answer will be pretty similar to most of us. Buy a house, go to a world tour, or buy a dream car. With that said, what do people buy who are already billionaires? Here are some most expensive useless things that some people have.

Being rich usually means buying things that the majority of people could only dream of. But here are the most expensive useless things in the world. 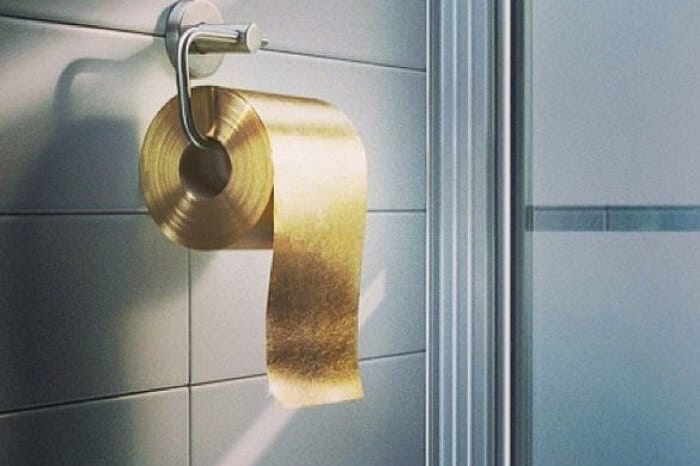 So, this one may seem like a joke item that you can buy toilet papers printed with dollar notes, which is intended to make you feel richer than you actually are. But surprisingly, some millionaires have taken one step further and started buying toilet paper made from real gold. It’s totally practical, 22 carat and two-ply, but it’s also completely no better than normal toilet paper. It’s created just to surprise guests when they walk into the toilet. Then, they literally flush away a part of the 1.3 Million dollars spent on it, making it one of the most expensive useless things. 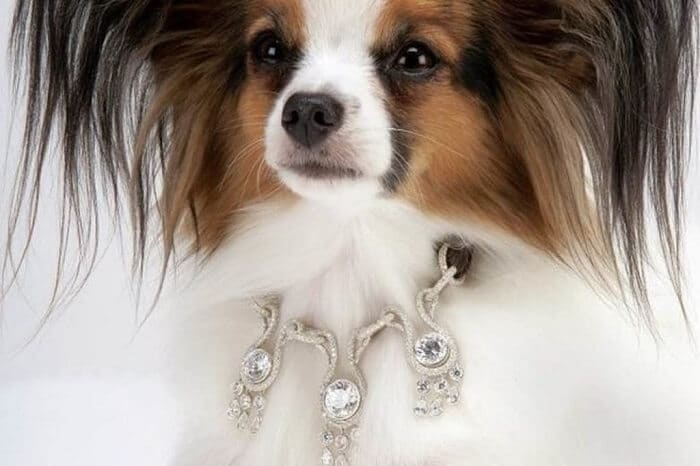 Love for pets is natural. Everyone loves their dog and that’s the reason they’re “man’s best friend.” Though, no matter how much money we had to spend, we’re not sure we’d ever been willing to drop 3.2 million dollars on a dog collar. Yes, you read that right, the Amour Amour dog collar is 52 carats and encrusted with 1,600 different diamonds. All that money on something the dog will get muddy, take off at the first opportunity, or flat out deny to wear in the first place. 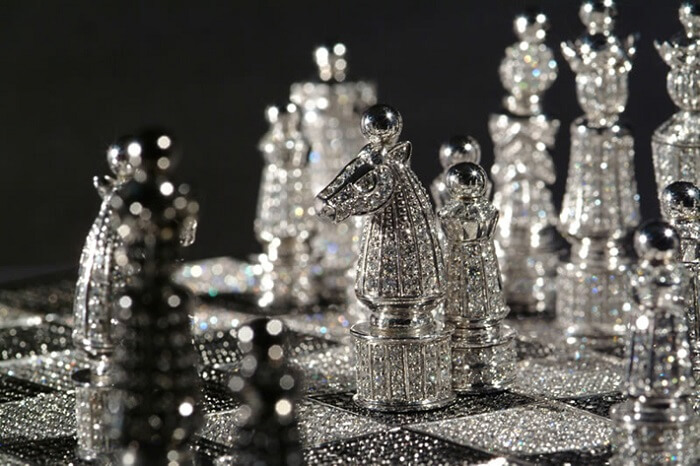 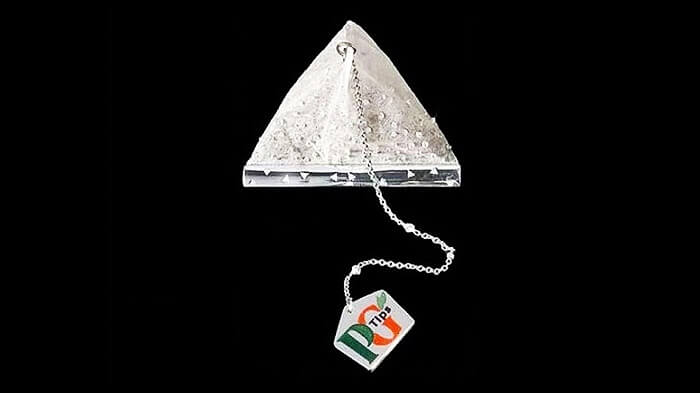 You know that you can use teabags only once. So, wasting any more money on them than needed is a rather useless idea. With that said, someone out in the world holds a $14,000 tea bag, made by tea company PG Tips for their 75th anniversary. Two hundred and eighty diamonds encrust the completely practical bag. But still, it’s totally useless – because using it implies the entire investment literally goes down the drain. 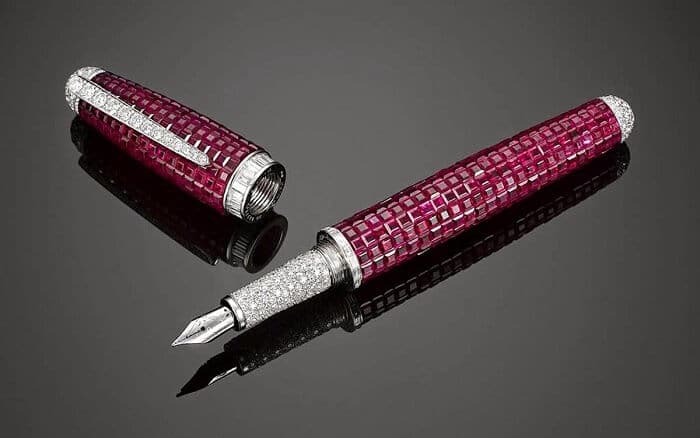 There was a time when pens were a great gift and if you still think the same, then it’s time to open your vaults of wealth because this 150-carats of invisible set Burma rubies and 15 carats diamonds pen is worth $595.000. This ruby and diamond pen is handmade and its body and nib are made from platinum and 18k white gold.

Poker is a surpassing approach to lose money, so possibly it’s not extraordinary that some tycoons chose to throw away money on the actual poker set itself. The most expensive poker set in the world includes cards that are platinum-plated, and white gold chips decorated with everything from rubies, white and black diamonds, emeralds, and even sapphires. The end product is a set that will cost you straight 7.5 million dollars. 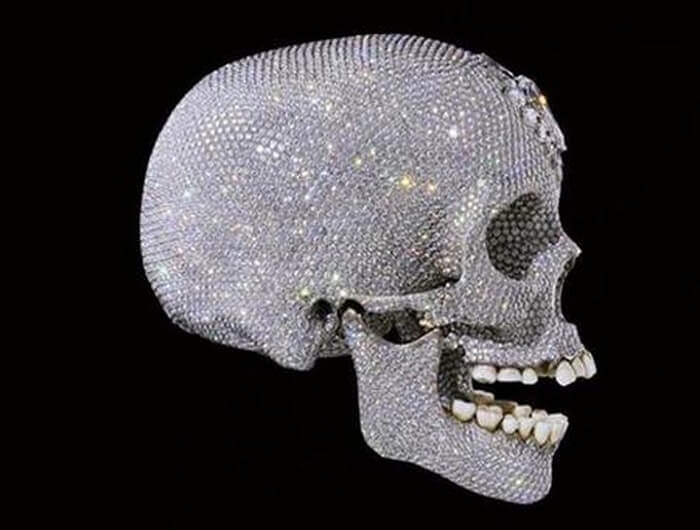 In 2007, Damien Hirst made headlines with For the Love of God, a platinum cast human skull embellished with 8,601 impeccable diamonds. The bejeweled skull, which was purchased for $100 million by an investment group that same year, is internationally recognized to be the most expensive contemporary artwork ever made. Still, we think it is not of use to us. 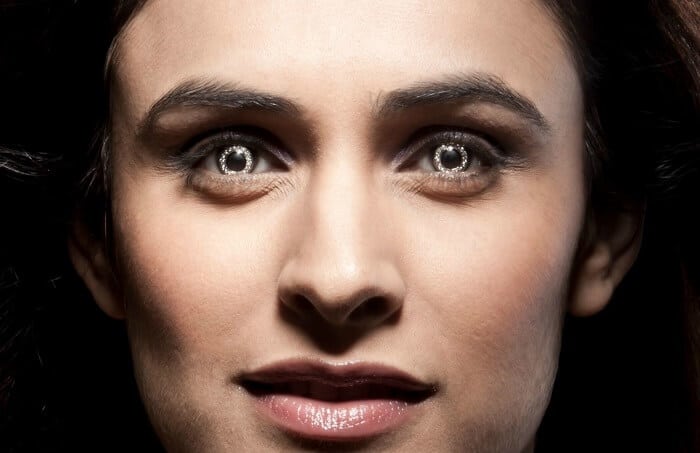 If you want to get noticed and stand out, it’s time to sparkle your eyes and these contact lenses can help you to so so. An Eye Research Center has started selling diamond-encrusted contact lenses, and a pair will set you back $15,000. The good news is the diamonds don’t actually harm your vision, so you can wear them and still see absolutely. Though, since they don’t enhance your eyesight either they’re totally worthless except for fashion purposes, or they’re more disturbing than fashionable anyway.