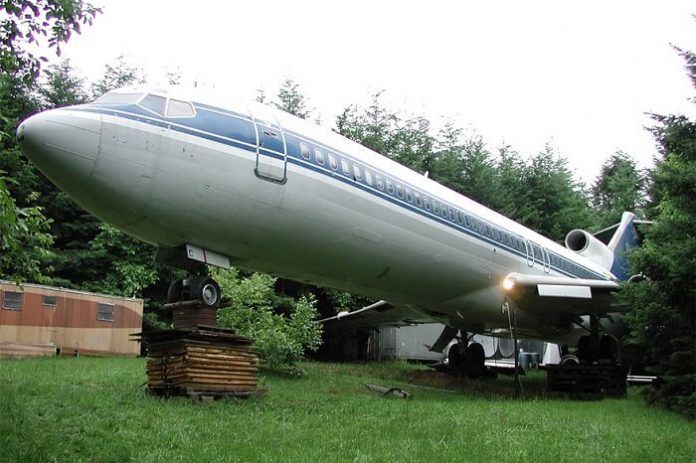 Traveling in a plane might be a dreadful experience for some people while this man is living in a plane and spending days and nights in it. Bruce Campbell, a retired engineer turns Boeing airplane into home. 65-year-old Campbell from Portland, Oregon spent $220,000 on this project to make his dream come true.

Besides his current residence, Campbell is expecting to purchase a larger Boeing 747-400 to transform into his home in Miyazaki, Japan.

“I don’t mean to offend, but wood is in my view a terrible building material,” Campbell wrote on his website. “But retired airliners can withstand 575 mph winds … are highly fire-resistant, and provide superior security. They’re among the finest structures that mankind has ever built.” 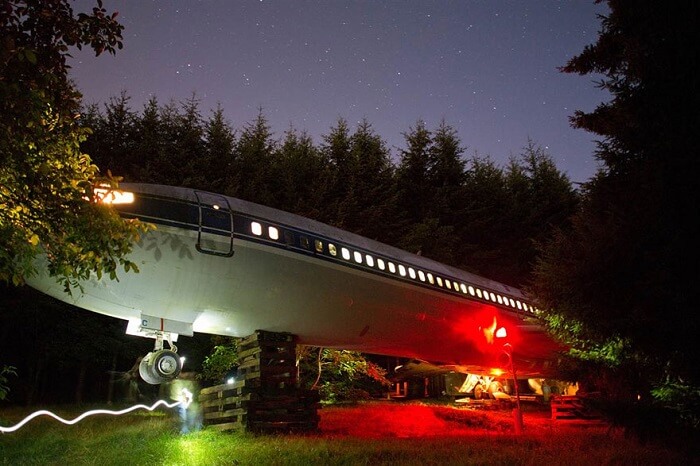 In 1999, Campbell decided to just go and purchase a Boeing 727 plane just like Joanne Ussery. He paid $100,000 for a piece from Olympic Airways, which was stationed at Athens Airport. After he paid for the entire plane, the next important thing on his to-do list was to find a way to deliver it to Oregon.

You would be astonished to learn that the most difficult part of the whole plan was to bring the airliner all the way from Athens to Oregon. He had to arrange and then put the move into action. Obviously, transporting the plane set him back by yet an extra $120,000, which meant that his airliner home project already cost a jaw-dropping $220,000 by then. 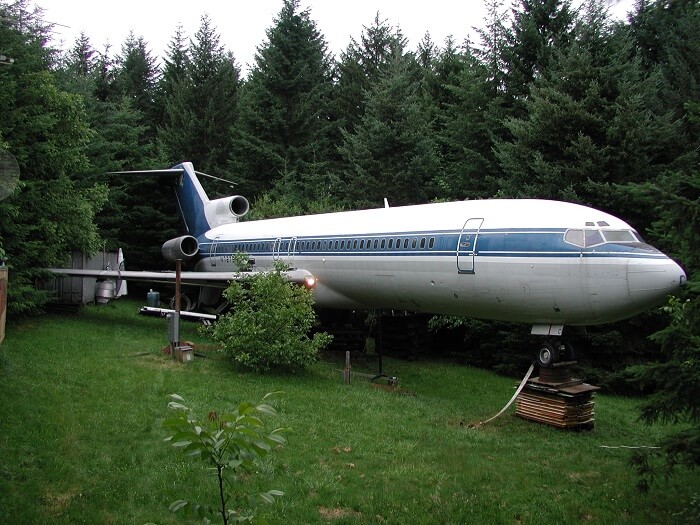 Bruce Campbell was excited and eager to start working on the plan, which was not only unique but also large. Now, the question is how he managed to deliver the Boeing into his neck of the Oregon woods. Campbell sought help from some technicians to first take apart the wings of the plane in order to move it to the woods. 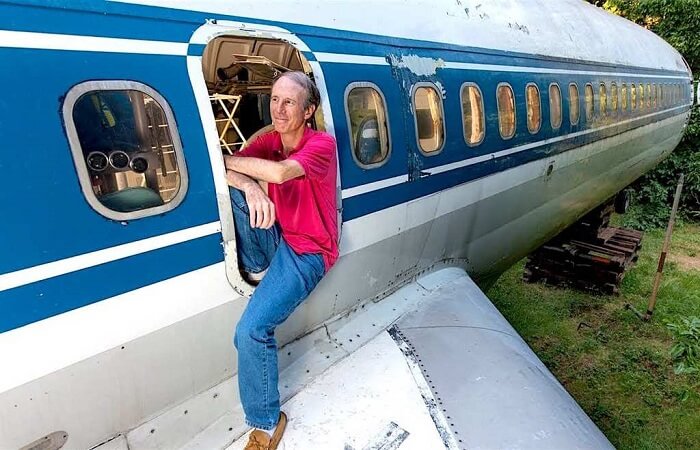 The wings required to be deconstructed in a way that it would still be feasible for Bruce Campbell to reinstall everything after the airliner got to its new location. During the numerous years he worked on the plane, Campbell had to live in the shipping vans nearby. 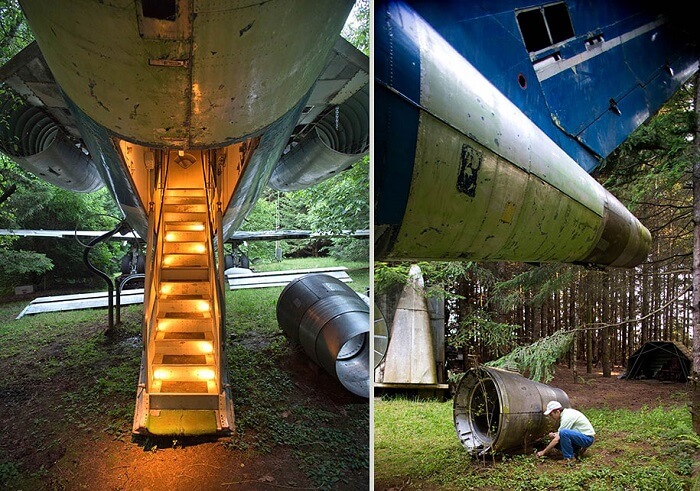 Before he declared his feat successful he calls his home, he first had to wash the exterior of the plane with the use of a high-pressure water spray. The Boeing 727 fuselage exterior needed washing every two years. Bruce Campbell has to use ladders to reach the top part of the plane as well as the engines. Cleaning this part of his residence is truly a rather risky job since it was constantly likely for him to fall. 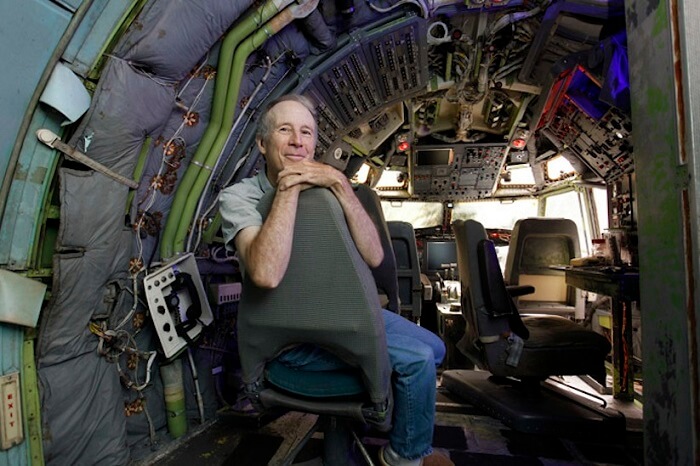 The plane lies on 10 acres of land that Campbell paid $23,000 for in his early 20s. He says he’s had almost a few problems with administration and building codes. In sum, the cabin and cockpit present nearly 1,066 square feet of living area. Campbell removed almost all of the passenger seats for more space. 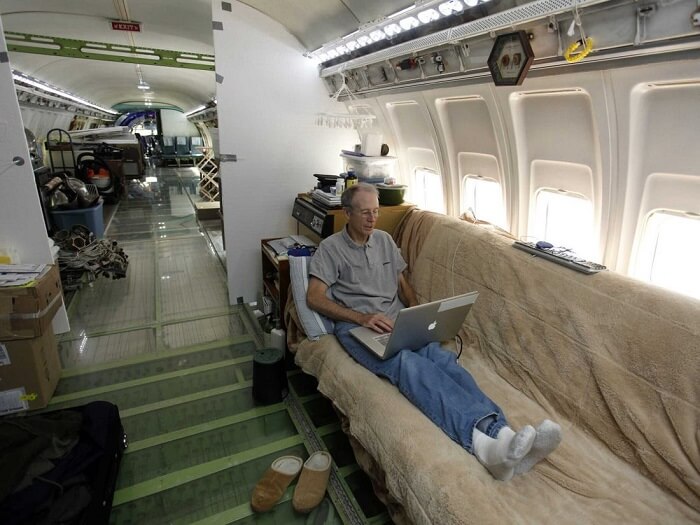 Campbell has transformed the plane to have a washing machine, a sink, and a makeshift shower. He makes most of his food in a toaster or microwave and eats mostly canned foods to avoid an extra mess. 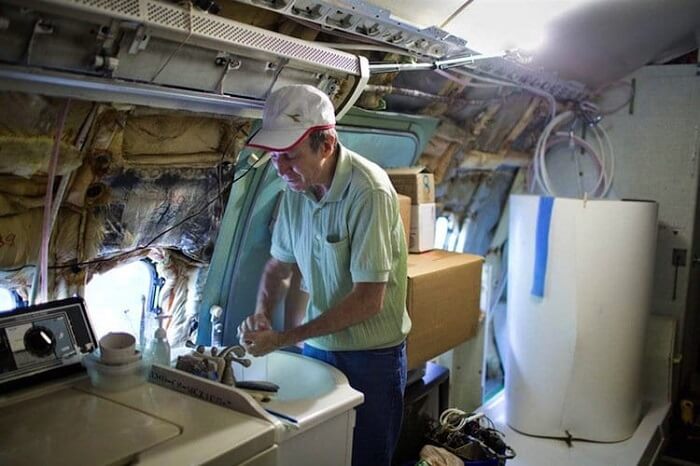 Campbell believes that one should not turn these engineering wonders into scrap. These retired plans should be used in much more productive ways as he did.