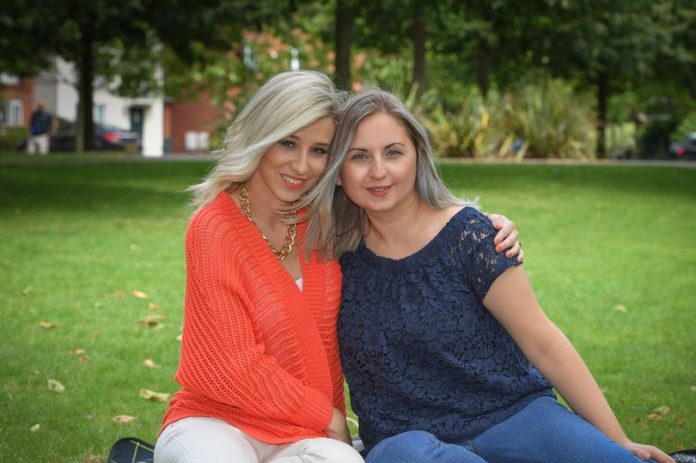 Two best friends were sitting in a bar when Paul Bullock finally let his secret pull out. He told his childhood friend Marc Bott that he and his wife Kelly had given up hope of having a second baby. But his biggest dream came true when a selfless woman becomes a surrogate mum for his child.

Paul and Marc were spending some quality time in a bar when Paul told his friend that he cannot have a second baby because of a condition of his wife that could leave her in a wheelchair if she ever went through birth again. 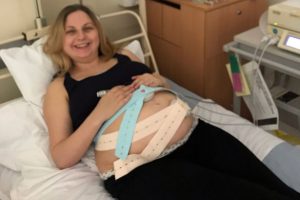 The buddies met again a couple of weeks later and the same upsetting topic came up again and this time Paul can’t control his emotions and burst into tears. What happened next as the two men went home would change Paul and Kelly’s life forever. Because Marc’s wife Kim decided to be a surrogate mum for them and the result is 15-month-old Riley, born through the faithful friendship between the two families.

Kelly, 33, said: “I am extremely grateful. There are no words to say how thankful I am to Kim.”

At Riley’s first birthday Kim sat there and looked around at all the happy faces. This was because of her. She has completed their family.

The reason to find Surrogate

The couple, Paul and Kelly had their first son Brody, 5 in 2013 and the pregnancy left Kelly in severe agony and was restricted to a wheelchair for 22 weeks. She was suffering from SPD (Symphysis Pubis Dysfunction), a group of symptoms causing the pelvis to become unstable during pregnancy. 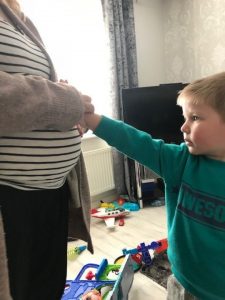 The doctors believed that the condition should have resolved itself as Kelly gave birth but unfortunately, it didn’t and left her in pain. That was the moment when the couple realized that they can’t afford to have another baby as it indicated Kelly being risked to be bound to a wheelchair forever.

Kelly said she was so desperate for a second baby that she found it unbearable to see pregnant women in the street. So the couple decided to find a surrogate to expand their family.

After Paul, 35, explained his desperate situation to Marc on the first night, Marc told everything to his wife Kim, mum to his two daughters Penny, 5, and Scarlett, 3.

“Marc came in and told me they were considering a surrogate and I said ‘Oh no way! Are they?” Kim says.

“I could do that.’ Just like that. And my husband was like ‘yeah.’ We both laughed it off,” she added.

Kim asked Marc how he’d feel about it as she’d be pregnant with his best friend’s baby. But he said, ‘if you want to do it, do it.’ She then invited Kelly to her home and broke the news.  Kelly got teary and it was so difficult for her to believe that Kim would consider that. 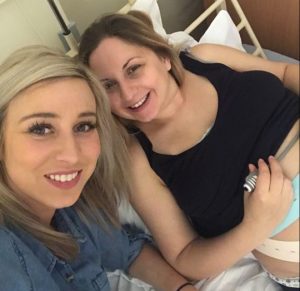 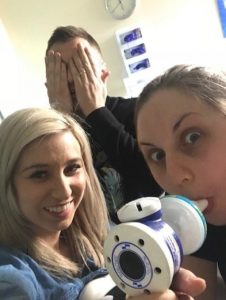 The couples from Warrington, Cheshire, chose the Manchester Fertility clinic and all had to have counseling and blood tests before being given the green signal. The first two transfers failed where each transfer was £2,000. On the third attempt, Kim fell pregnant and she broke the news to Kelly.

“I was so pleased. She is the best friend, an angel. Every step of the way she’s been my rock,” Kelly says.

Riley was born after 39 weeks pregnancy, with Paul and Kelly both there. Riley was placed on Kim and that’s all Kim wanted. She just wanted to see him and surprisingly, he looks exactly like Paul. 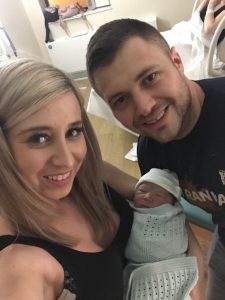 When they get discharged from the clinic, they were all crying and now, both families are very close, with Riley and Brody almost like brothers to Scarlett and Penny.

Kim rejoined her job two weeks after birth. This amazing experience has changed her life and now she wants to be a midwife and started her training. 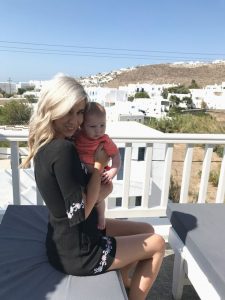 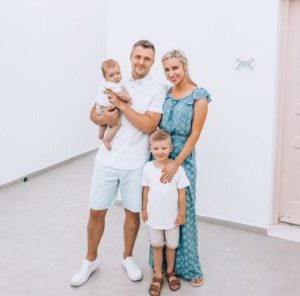