Jon often tells Rach she’d given his life meaning and he felt like the luckiest man alive. What I have today is because of my loving wife.

Jon and Rach met 22 years ago while working at Wolverhampton greyhound stadium. Rach accidentally cut her hand and Turner gave her a plaster and that gave them an excuse to start talking.

Just two weeks later, Jon gathered enough courage to ask Rach out for a drink. At that time Jon was only 21 and Rach was a little younger.

‘She gave me everything I am now, everything I have, including our daughters, Jessica, 11, and Freya, 7,’ says Jon. 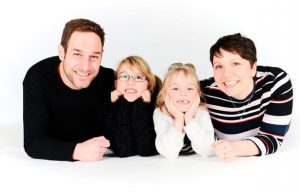 The couple resided in the West Midlands and had their first daughter Jessica.

In October 2010, they traveled to Australia to visit Rach’s sister Sarah. At those most precious moments of their life, the couple decided to marry on the beach and just after a year later, Freya was born.

It was July 2015, when Rach was diagnosed with breast cancer at the age of 39 which had already spread in most parts of the body.

Jon was frightened of what might happen next, but Rach was more concerned about her husband and the girls than herself.

‘I’ll never forget the day we got home from that first diagnosis. Our daughters were at school so it was just us. We sat on the steps of the porch, arm in arm, and we cried. I was so afraid I was going to lose my world. My Rach! She was my world,’ Jon said.

What I Have Today is because of Rach

At the start, the couple told Jessica and Freya that mom had some issues in boobie and doctors were trying to make mom better.

Rach started intensive chemotherapy, but the condition gets worst. The tumor spread to her brain and she had radiotherapy and a mastectomy, but by then it had grown to her lungs, and last in her bones. It was just bad news one after another for the couple. 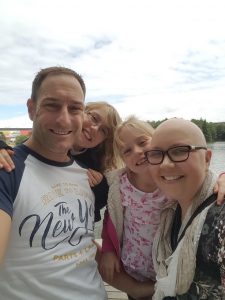 By October 2017, it was obvious Rach could not survive and it was time to tell the girls the brutal truth about their mom.

‘We took them out for dinner and told them mom wasn’t going to get better,’ Jon says.

They both cried. Jess – then 9, asked difficult questions about what would happen to her mom but Freya – then 6, was still too young to understand what’s happened.

Rach quickly fell so sick she had to go into a hospice and Jon took the girls to visit her every day. As the end came closer, Rach was densely tranquilized. So Jon made the decision not to bring the girls to the hospice again.

‘I wanted our girls to have memories of her smile, her hugs, and kisses, not Rach deteriorating,’ Jon says. 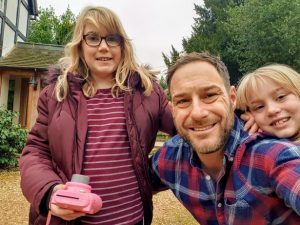 ‘My support, my best friend, my soulmate – gone,’ Jon says.

‘I miss her every second of every day, but in a way, I still feel Rach with me.

‘A week after she died, I was looking out the kitchen window, thinking about her. I used to run up behind her and wrap my arms around her. We called it our ninja hug.’

‘I was standing there alone with tears in my eyes as I said out loud: “I miss you, Rach.”

‘At that moment, I felt arms around my waist. I felt the warmth of her love. She was giving me a ninja hug. She’s still with me, in my memories and my never-ending love for her. She always will be.’

Double Trouble: Top Tips for Being Out and About With Twins